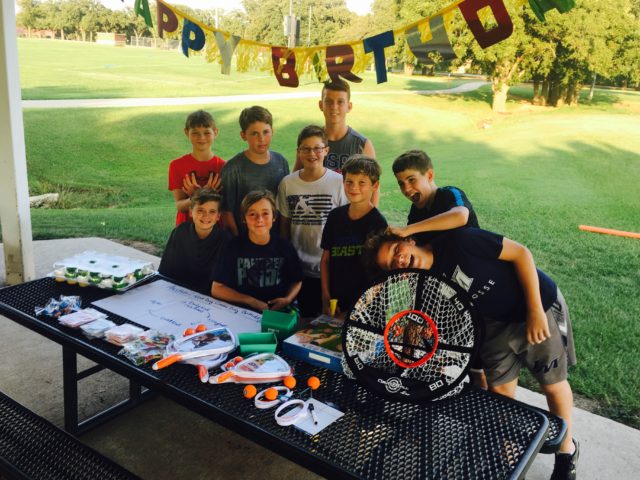 This weekend, our middle son turned 13. Eek!!! Another teenager in the house.

When my boys were little and it came to their birthday parties, I would plan and over think and always get stressed out. Granted, I never threw massive “Pinterest Parties,” but I usually had lots of games and activities, fun prizes and food. I tried to make it a meaningful experience for both the kids AND parents…because really, it’s OUR friends we’re trying to impress with our party planning expertise, right?!? Take a look at a couple of my past parties:

But as my boys have gotten older (and I’ve gotten a lot more tired!),  I’ve realized something. Kids don’t care about all those little details we work so hard at making picture perfect. They just want to hang out with their friends!

Want to know how to have a stress-free kids’ party? This is what I did:

Six days prior to Austin’s party on Monday, I sent out on Evite to ten of his friends asking them to join us for “Austin’s Labor Day Game Day Birthday” at the football fields behind our house.

Yes, six days notice via email. Emily Post is rolling over in her grave.

And yes, a party in a field. With dirt and mosquitoes, and a pavilion I didn’t reserve two months in advance.

And guess what?!? They all had a blast.

Take a look at my Facebook LIVE video and see for yourself. (FYI…my 9yo was the camera man, so you might become a little nauseous at times while watching. You get what you pay for!)

We did team rotations between these four games you can get from Amazon for less than $20 each: 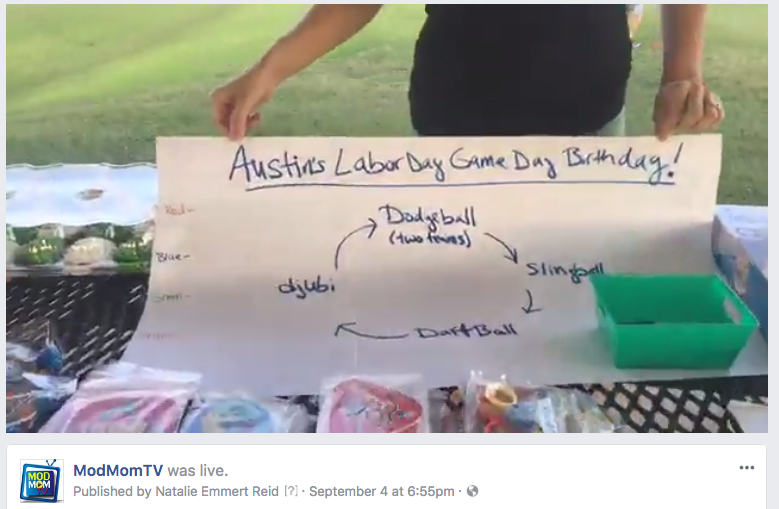 As I reflect back on that day, I’m happy. No, I don’t wonder what I could’ve done differently. I don’t wish we’d had matching cups and napkins. (My friends, we didn’t even have napkins…I grabbed a roll of paper towels as we left the house!) Instead, I think about the huge smile on my son’s face as he blew out the candles on the cupcakes I’d found on Manager Markdown at Kroger, while surrounded by his best friends. Now THAT’S a birthday worth remembering!