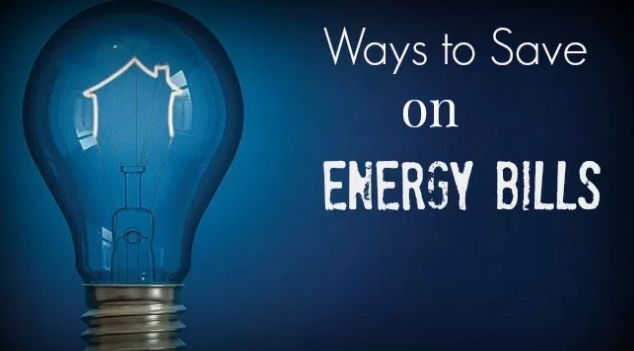 One thing Texans can always count on is some of the highest electric bills in the country due to sweltering summers and big houses.  The average Texas household spends $148 per month on electricity, according to a recent report by WalletHub. Only five other states see residents spending more. Here are some ways to save on energy bills.

Being on the wrong plan could be costing you. The Texas electricity market was deregulated in January 2002, which gave consumers tons of options for choosing a provider, but not a lot of people got a primer of what the rules were and how to take the best advantage of them.

*Legacy providers don’t rule. Original providers aren’t the only companies that can offer solid, uninterrupted service. And don’t believe the fallacy that customers of legacy providers get serviced first when your power goes out. Oncor Electric Delivery is responsible for maintaining the transmission system. Everybody uses Oncor to handle repairs in our region. *Note: as part of your bill you pay Oncor AND the retail electric provider.

*Note: as part of your bill you pay Oncor AND the retail electric provider.

*Use this savings calculator to learn what you should be paying or read your EFL (Energy Facts Label) on your bill. We all have our own energy usage DNA.  We all use it differently and at different times.  LEARN you usage DNA and shop the best plan according to how much you use.

*Don’t think, “what’s my rate” for best savings. If you look at most of these programs, the vast majority of the offers are not a rate, they’re a curve—different prices for each quantity of kilowatt-hours that are consumed. That means you might get that great promotional rate if you use between, say, 1,500 and 2,000-kilowatt hours in a month. But fall above or go below? Higher rates. Throw in hidden charges and you’ve got the makings of a monster electricity bill.

*Switching is good. Act under the assumption that you should switch companies every six months or year. The market is constantly changing.

*Don’t “balance bill.” I understand needing a consistent payment every month, BUT statistics show you may be paying WAY too much. How about budgeting $250 and your bill is $70 on low months and $200 on high months!

* Comparison shop. With over 600 energy retailers and 1500 plans, how in the heck are we supposed to figure it out?

I used Energy Ogre to comparison shop for me.  The Texas-based technology company actively monitors thousands of offers and matches them to a consumer’s actual electricity usage, resulting in maximum savings.

Energy Ogre CEO Jesson Bradshaw says, “We started Energy Ogre because folks weren’t getting the benefits of deregulation. Most people realize that there are probably better solutions out there but because the process can be overly complicated and confusing, and because people are frankly too busy to spend a lot of their time studying all the options, most people are in plans that don’t fit them correctly.  People are shocked when they find out how much they are overpaying,” says Bradshaw.

Just what kind of money are we talking about? Energy Ogre is able to report that most of its customers have been able to save between 40% and 60% after enrolling in the program. All for about the cost of a monthly Netflix membership.

I live in a 3200 square foot home.  Look at my savings.  My guess based on usage during the summer is that I will pay $150 during the peak summer months. That’s over a $250 savings!

Energy Ogre is not paid by energy companies for preferential treatment—their only allegiance is to its customers. When consumers sign up for their program, Energy Ogre becomes their “limited agent,” getting access to their historical usage of electricity. From this, a demand curve is created. “We have up to 2,000 rate curves in our system, updated every day,” Bradshaw said. “We take your demand curve and run it against every supply curve we have and find a program that best matches your usage mathematically.”

Once Energy Ogre is the limited agent, they make changes on behalf on their customers based on that math. This takes the hassle out of dealing with an energy provider. It also means Energy Ogre often suggests switching from one plan to another to take advantage of a low rate.

*Shop around on your own. Many of us know about the state’s website, The Power to Choose allowing you to compare rates and plans. Take the knowledge from the EFL and apply it to current plans.  Don’t get locked into a yearly plan though as prices and deals consistently change which means you can save even more. Customers should routinely be making changes, taking advantage of every great deal that comes along.