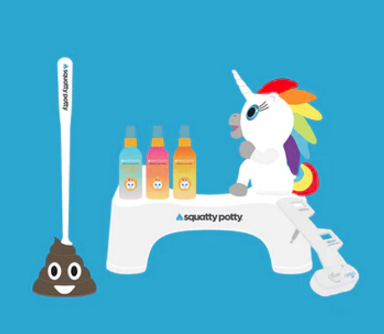 OK friends, it’s time to talk some crap…literally!  As a mom to three boys, I’m sure you can imagine there’s a lot of “potty humor” going on in my house.

But you know what’s NOT funny??  Constipation!

And unless you’ve been living under a rock, you’ve probably heard of Squatty Potty, a stool that lifts people’s feet and knees in the air when they go to the bathroom. Yep, it sounds weird, but it really works. And when the product made it’s appearance on Shark Tank, there was no lack of poop jokes:

“This is the first crappy investment I like,” Kevin O’Leary said.
“But how do you squeeze out a profit?” Mark Cuban asked.
Robert Herjavec responded, “Holy crap!”

They ended up making a deal with Lori Greiner and three months after that, they’d already sold a total of $12.3 million.

And with the effectiveness of the Squatty Potty, there’s been an increase in the load of people’s toilets. So in response to numerous requests, they just launched a kick-starter campaign to add a Poop Emoji Toilet Plunger to their line. And here’s a deal for you: the first 100 supporters will receive $5 Off…making it just $15. Plus, there are special discount/bonus packages available. Check out the campaign over HERE. 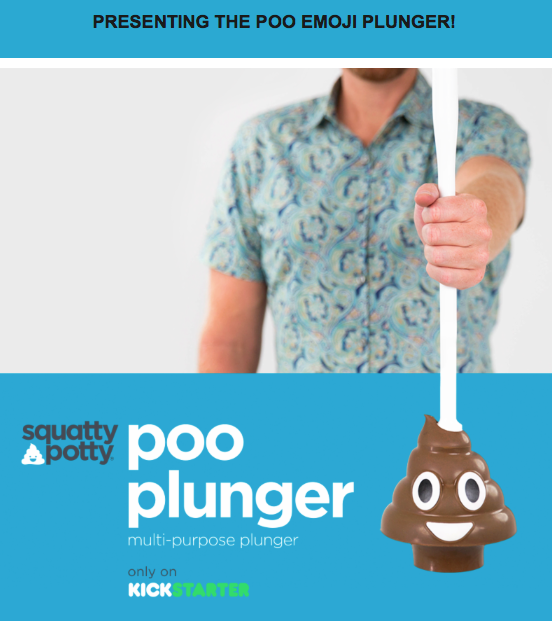 Plus, we’ve got an EXCLUSIVE GIVEAWAY where you can win a Squatty Potty AND a Poo Emoji Toilet Plunger ($50 value)!

For your chance to win, do this:

*Both are required to be eligible to win. 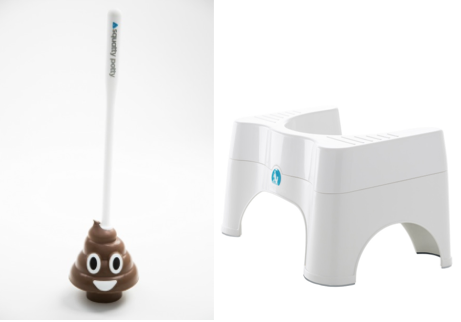