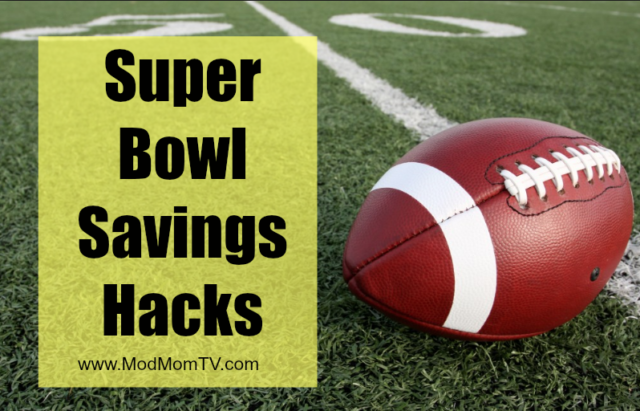 According to the National Retail Federation, the average Super Bowl party will cost the host around $85.

A few years ago, I shared some “Super Bowl Party Hacks” on Good Morning Texas. These tips are still relavant and will help you get your cost way down. Watch the segment HERE and read more specifics below. 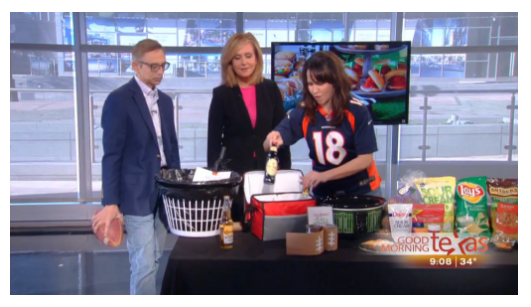 Decorate with ease. First things, first…hosting a great Super Bowl isn’t about over-the-top, Pinterest-eque decorations and gourmet finger foods. It’s about having fun. No one is going to have fun if the hostess is a stressed-out, basket case. That’s a Party Foul!!! Do something super simple like take a ping pong ball and wrap a yellow napkin around it, tie it, and you’re done. 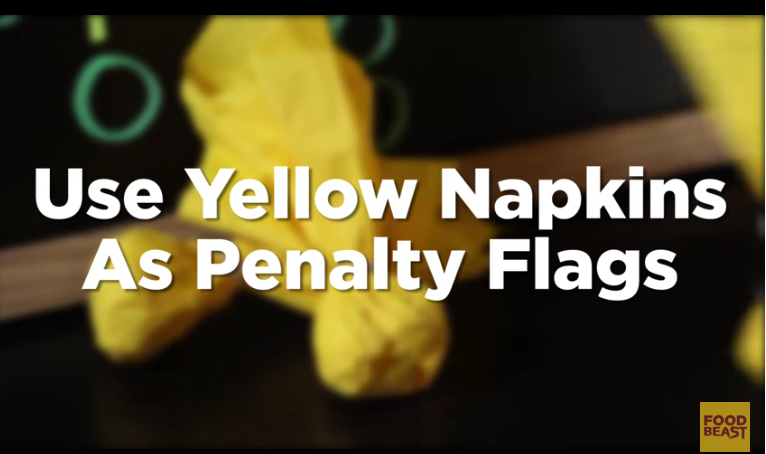 And use craft paper, white electrical tape, and adhesive numbers to create a simple and memorable table cover. Touchdown! 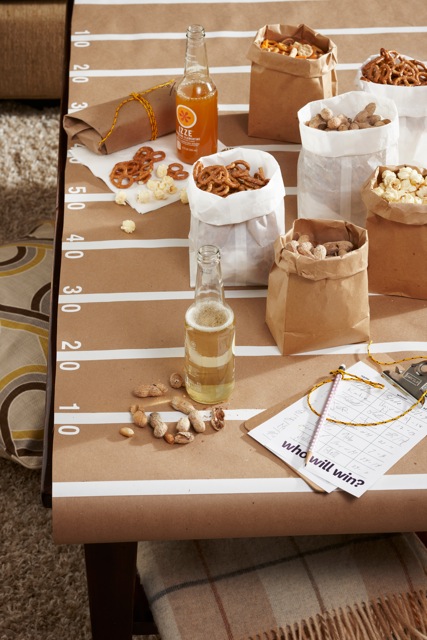 Feeding a large crowd? Did you know you can cram about 60 hot dogs in a 6-quart slow cooker? That means you can feed a lot of people without a lot of work! Right now on Amazon, you can get a Crock-Pot 6-Quart Programmable Cook and Carry Oval Slow Cooker with Digital Timer marked  for only $34.30 (Reg. $60). 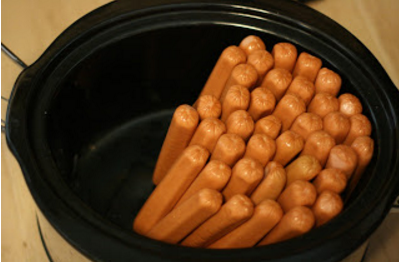 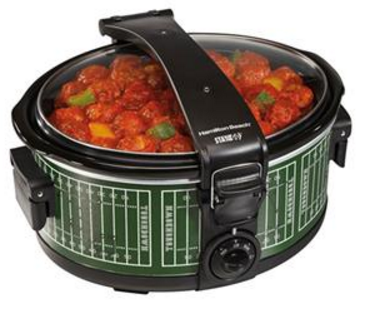 If you’re dumping chips in a bag or pouring soda in a punch bowl, don’t spend big bucks on name brand products. Instead, opt for store brand items. Odds are, you’re guests won’t be able to tell the difference and you’ll save a bunch of money. For example, the Kroger brand “Sour Cream and Onion Potato Chips are only $1, compared to Lay’s which is $2.69. That’s a big savings and, in my humble opinion, they taste exactly the same. 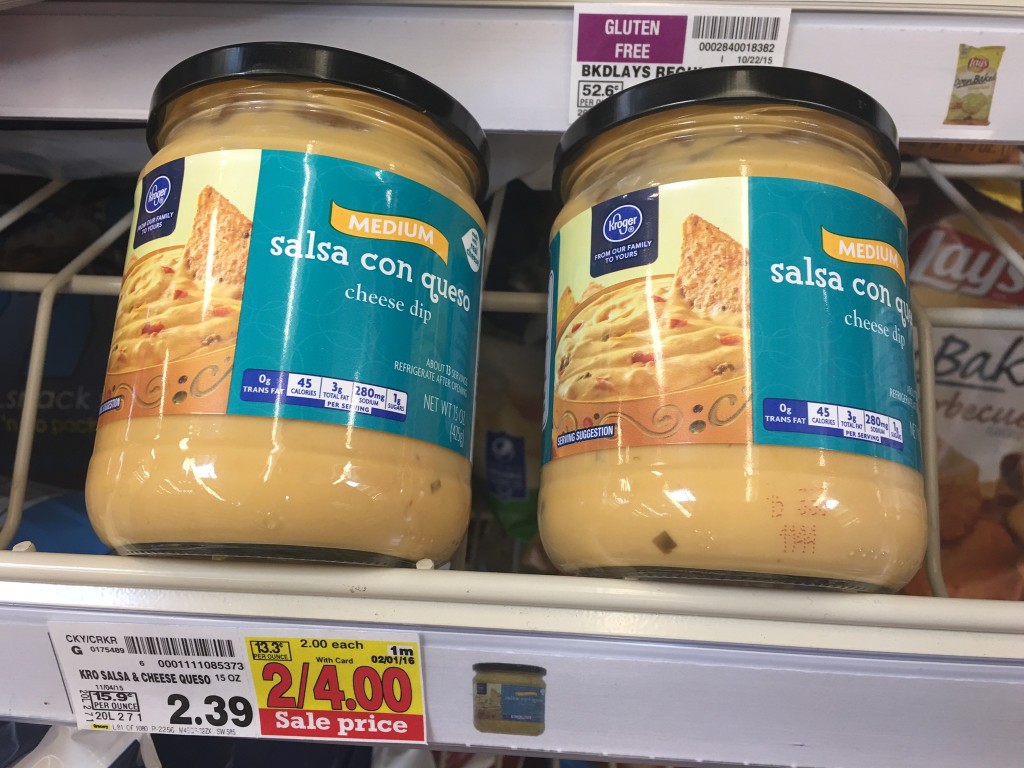 To cut down on waste, stagger the food and don’t put it all out at the beginning of the party…because at the end of the game, you’ll want to throw away any meats or cheeses that have been sitting out for hours collecting germs and growing bacteria. Ewww! Just be sure to keep an eye on the food table and replenish as necessary. 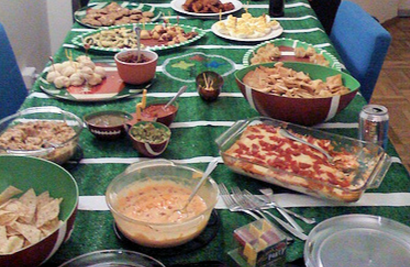 Buy Alcohol at Warehouse clubs. If you’re not having a BYOB party, then the next best thing is to purchase your alcohol from “membership clubs” like Costco and Sam’s Club. And guess what? Due to state laws, many states allow you to buy without a membership. Membership is not required to purchase alcohol in the following states: Arizona, California, Connecticut, Delaware, Hawaii, Indiana, Massachusetts, Michigan, Minnesota, New York, Texas (yea, for Texans!) and Vermont.

When you get to the store, just head over to the customer service desk (right next to the door) and ask for an “alcohol pass,” which you’ll need to show at checkout. 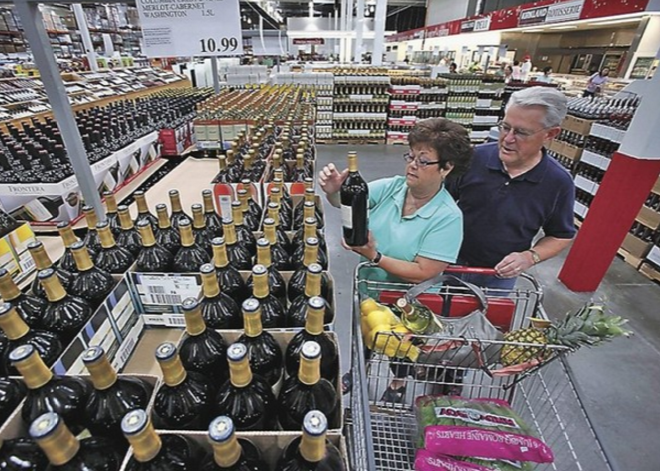 If you need to chill drinks quickly, pour a generous amount of salt in with the ice in your cooler. Adding salt to ice actually causes the ice to melt. As ice melts, heat is taken from the ice and water around it. Both get colder. It is a chemical reaction I won’t pretend to understand. If you need a full chemistry lesson on the subject, go HERE. 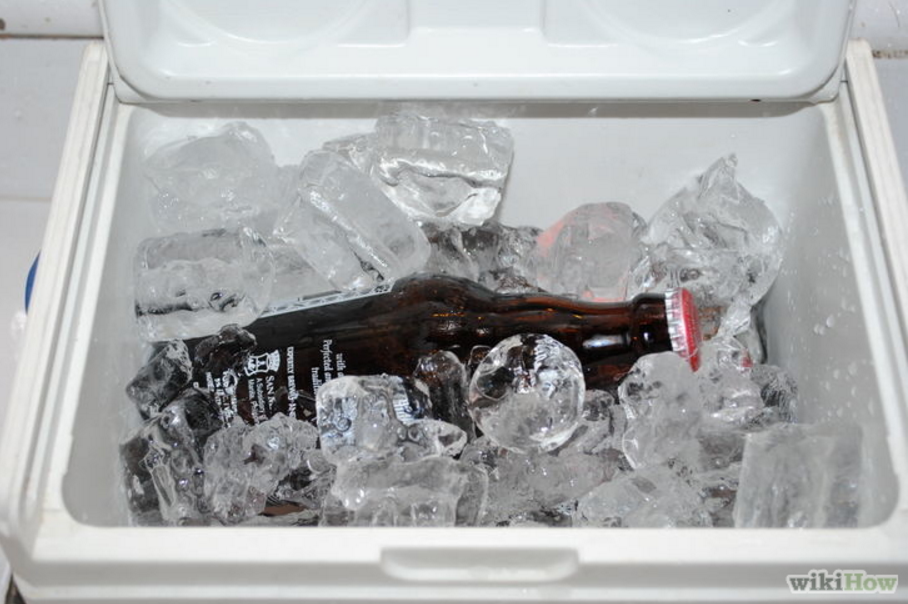 A Baked Potato Bar is an inexpensive way to feed a hungry crowd. Plus, the prep time is minimal, so you can focus on the game! 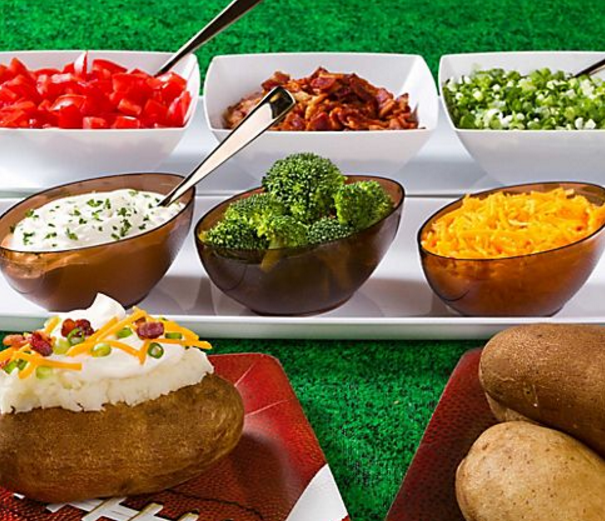 Use sour cream to decorate your buffalo wing potato skins to look like a football. Find the recipe here. 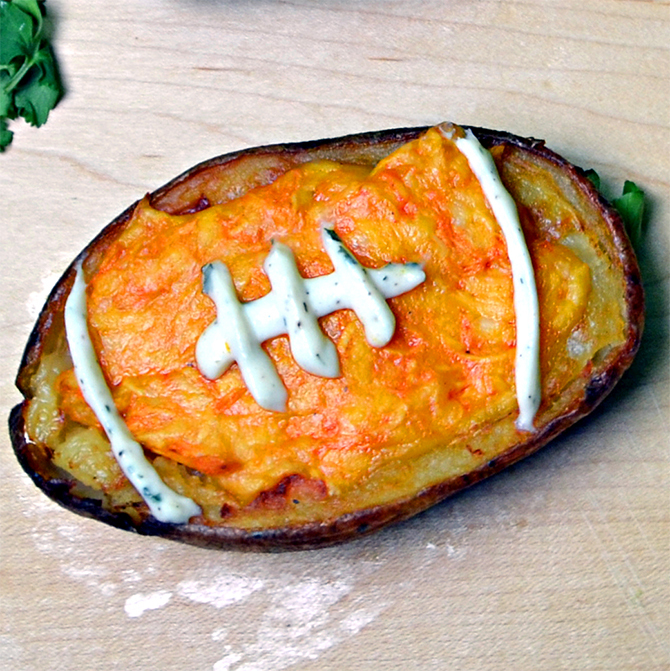 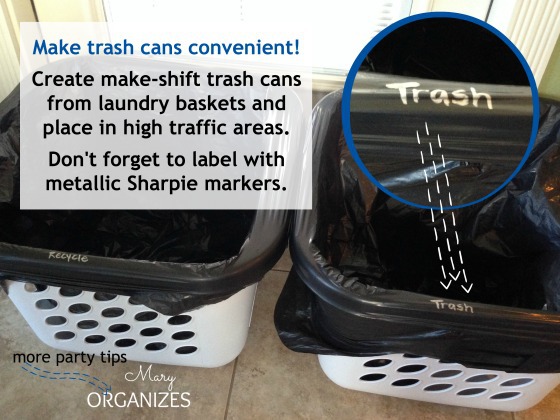 A wine glass in a bowl makes a great chips ‘n’ dip set.

Walking Tacos are an easy and tasty party snack. 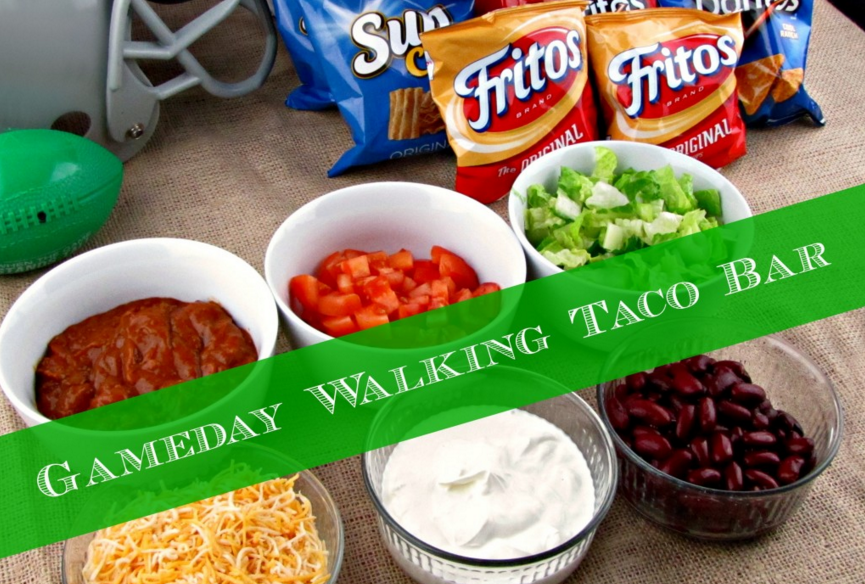 For party goers who are only there for the food and the commercials, print a Commercial Bingo game. Guests fill in the squares when they see each commercial. The first one to get five in a row, wins! Be sure to make it interesting and award fun prizes to the winners. 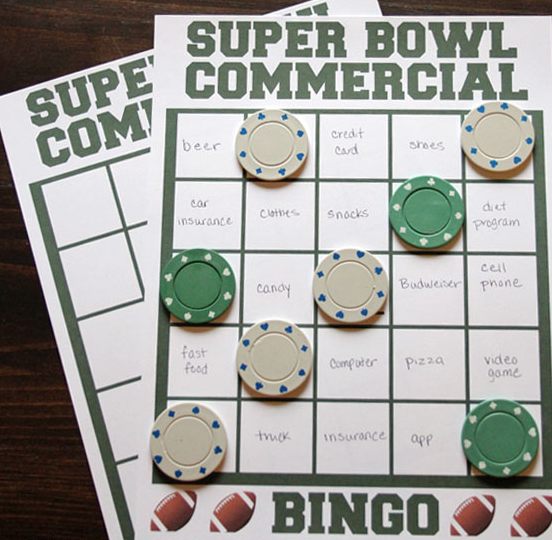