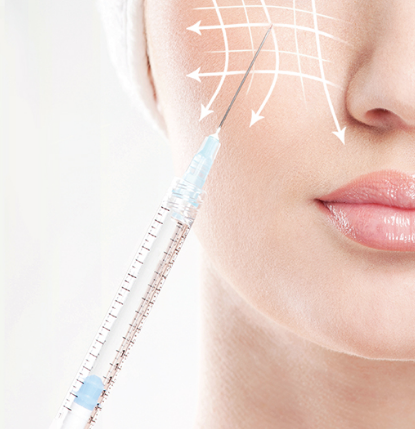 As I’ve gotten older, my years of being super expressive have finally caught up with me. In my 20’s, those little forehead wrinkles were kind of cute. Now, they’re deep, dark caverns that scream, “Hey, old lady when do your AARP benefits kick in?” But meet my new best friends: Aesthetic Injectables 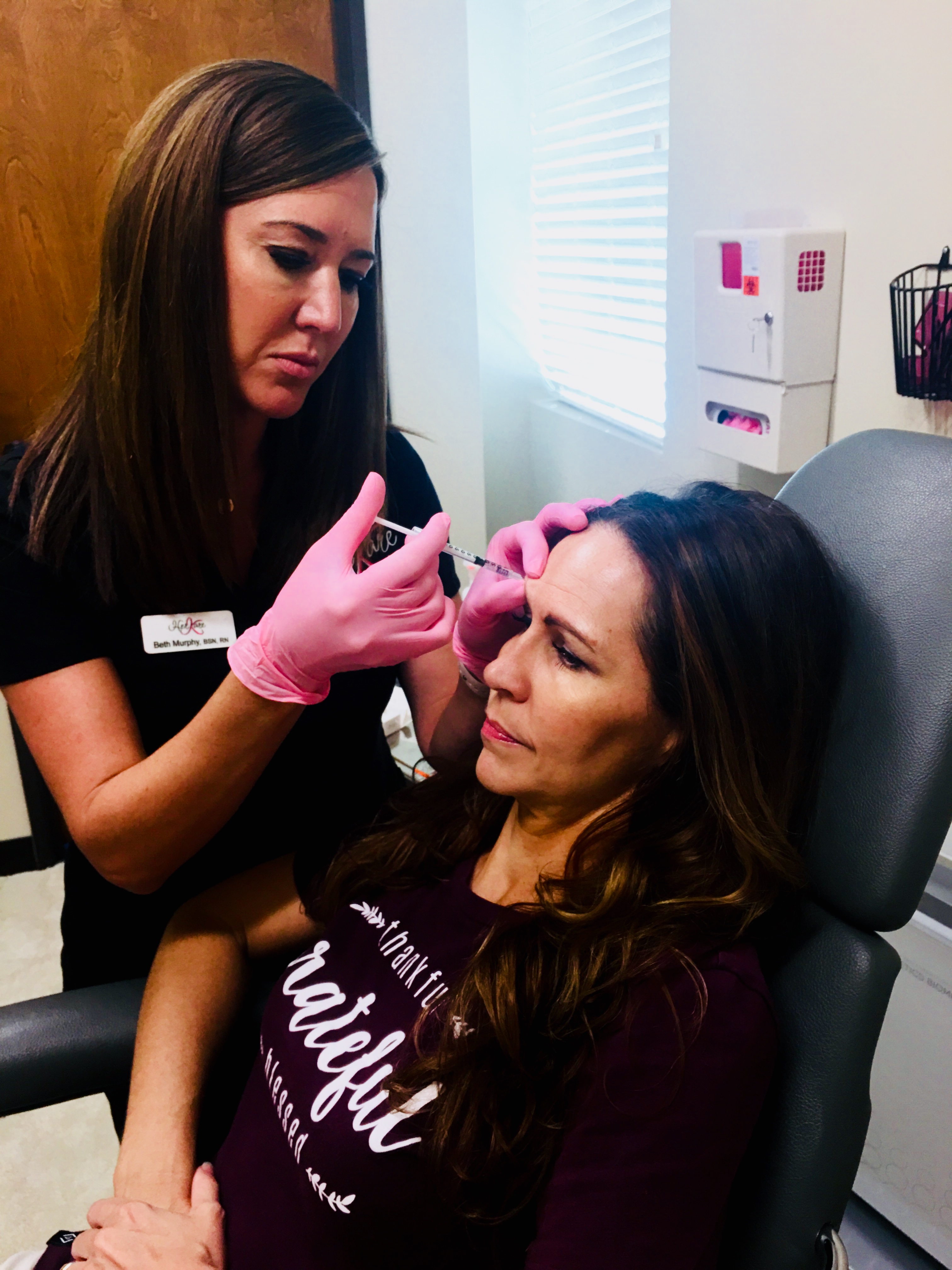 At HerKare, I’ve tried both Xeomin® vs. Dysport® with similar great results.

Most recently, I received Dysport®. And gosh, did I need it! The “before” pic below was taken just one month after my husband had died. I look sad and worn out because…well, I was. When the “after” pic was taken two weeks later, I was still sad and worn out, but at least I didn’t look it.

I’m a big believer in aesthetic injectables…if used properly. Don’t go crazy shooting up every inch of your face and end up looking like a frozen, plastic Barbie doll. For me, just smoothing out the wrinkles on my forehead was enough to make me feel better on the outside, even if I was still hurting on the inside. 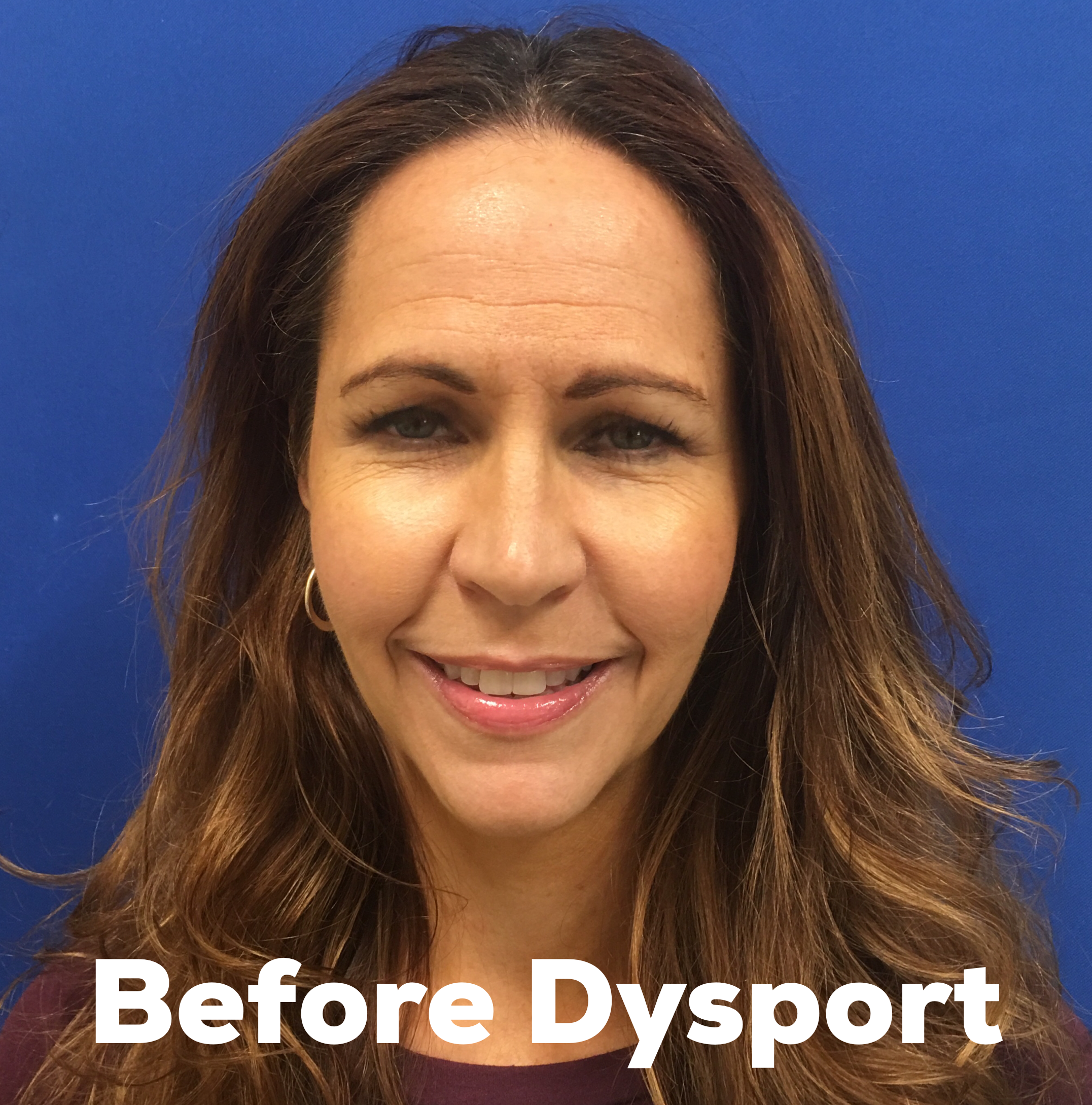 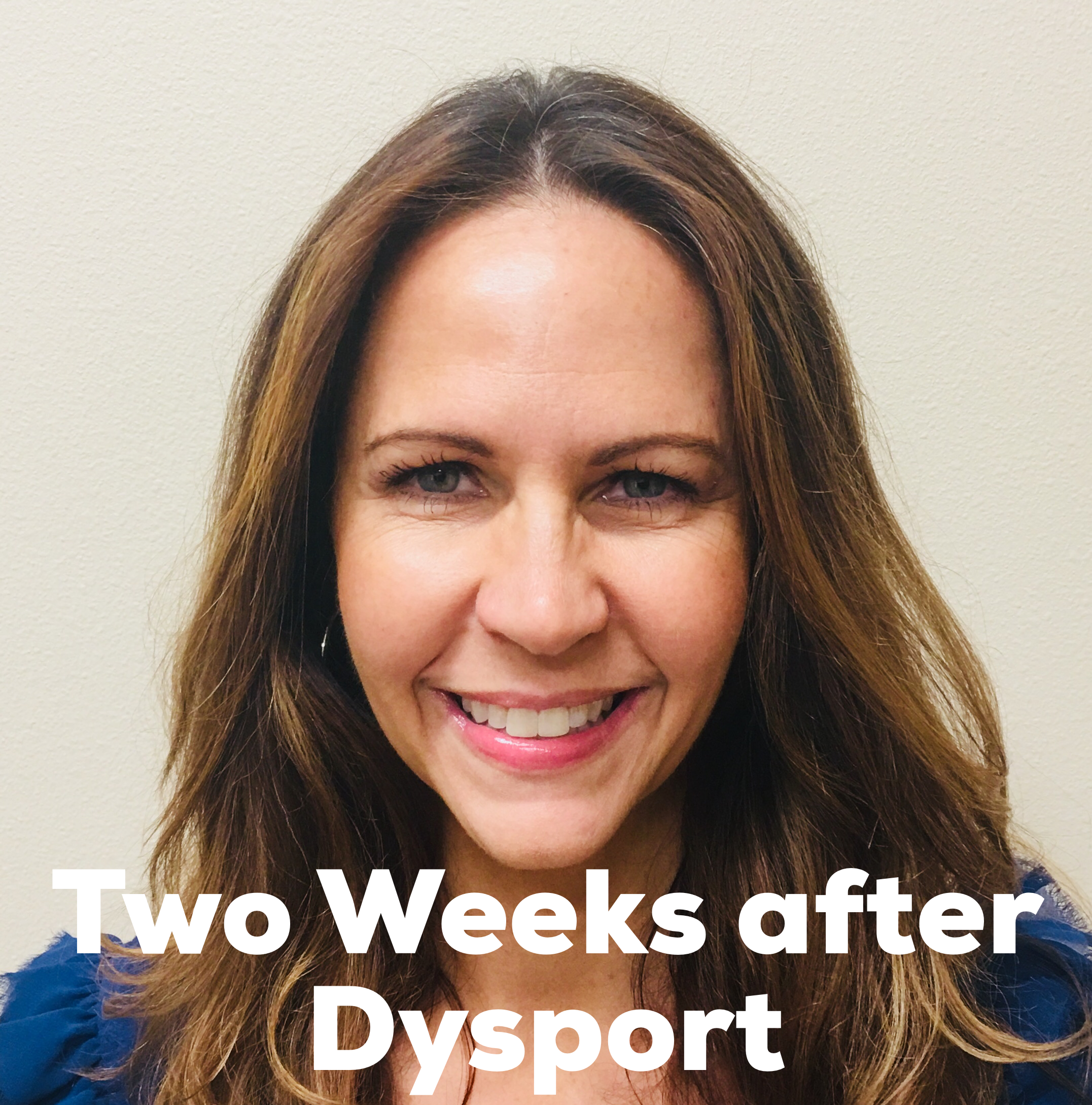 The first time I tried an aesthetic injectable (Xeomin) I did it on Facebook LIVE. Yes, I know, so very bold and daring. LOL. But I wanted to show everyone there was no reason to be afraid or nervous. Watch the video below of the quick, simple procedure done at HerKare. (Sorry, the giveaway is over. You didn’t win. 😏) 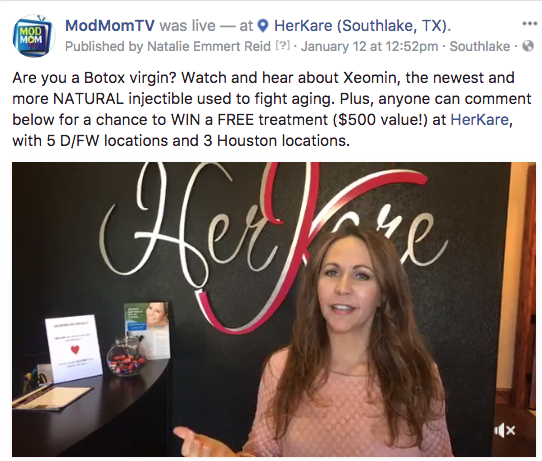 Is Xeomin similar to Botox?

What’s similar between Xeomin and Botox is the that effects from both will last approximately six months. What’s not similar is with Botox it usually takes 2 to 3 weeks to notice initial results, but you’ll have visible results from Xeomin within one week. I was shocked to see a noticeable change within 24 hours! My deep forehead crevices started looking smaller the very next day after my treatment. Plus, I got a bonus eyebrow lift. Take a look at the difference just two weeks after the procedure from these straight-out-of-the-camera pics (i.e. no fancy filters)… 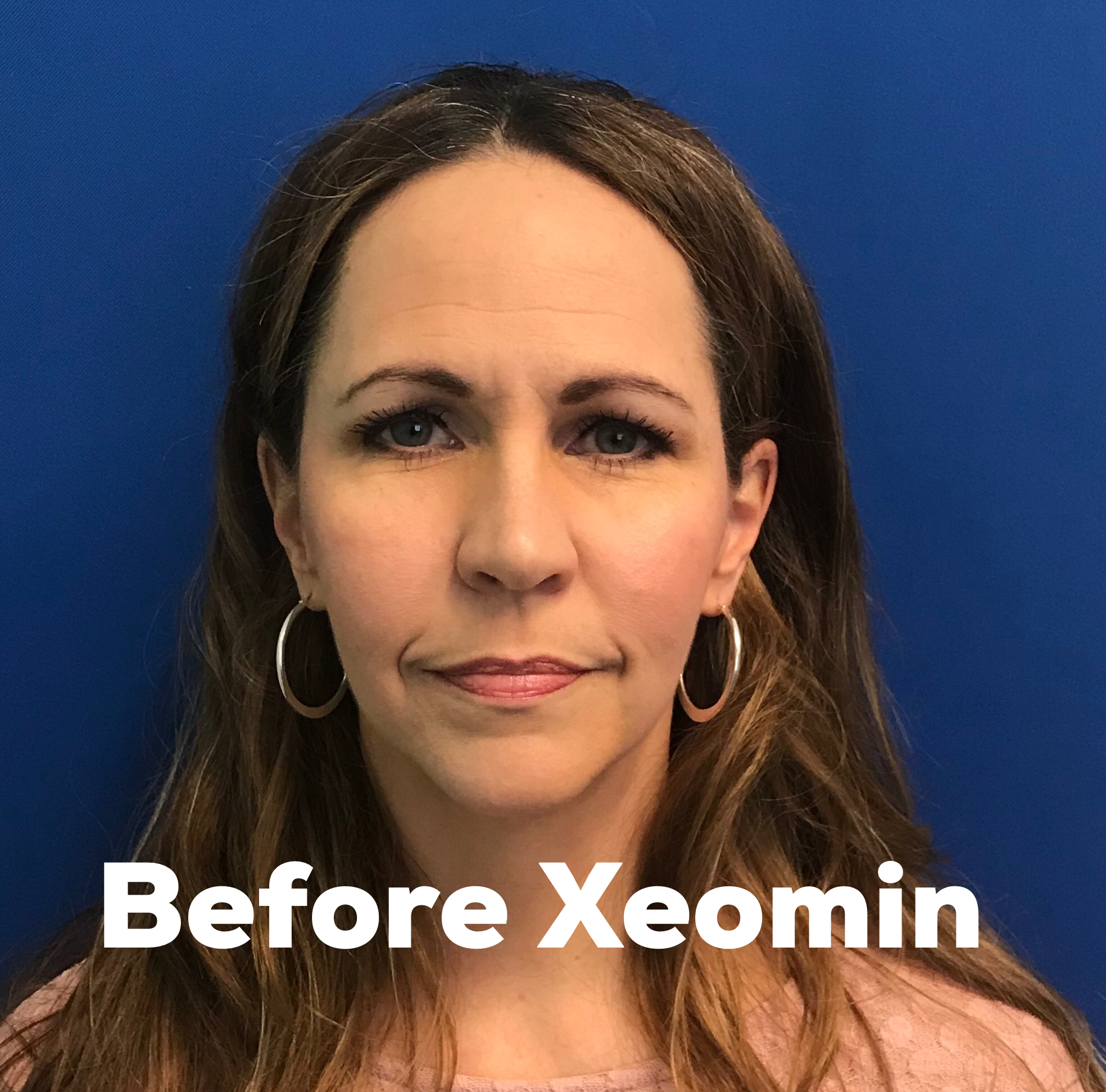 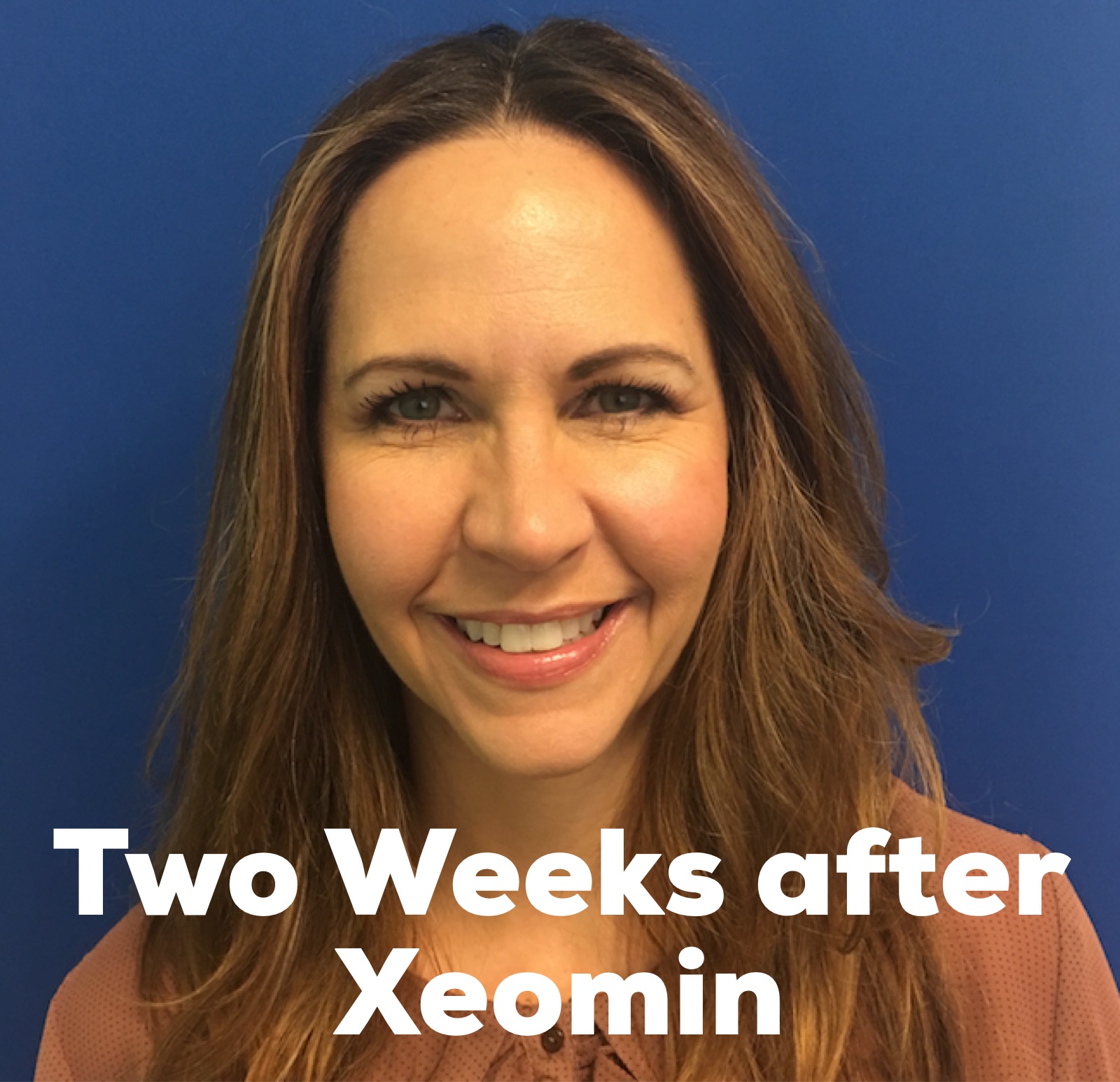 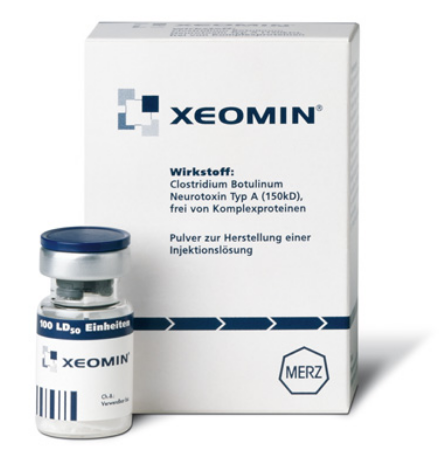 How is Xeomin different than Botox?

Unlike Botox, Xeomin has no additives; meaning you have less risk of developing antibodies (i.e. it’ll keep working even after multiple treatments). They call it the “naked” neurotoxin because it contains just one ingredient: Botulinum toxin A. Whereas, Botox also contains human albumin and sodium chloride.

(Pssst….Christie Brinkley is friends with Xeomin, too.)

Are there side effects from Xeomin?

I didn’t have any redness or swelling immediately following the procedure. But about 36 hours afterwards, I noticed a lump had developed between my eyes just above my right eyebrow. It was also tender to the touch. Now, being that this was my first injection of a neurotoxin, I instantly made an appointment with  Dr. Google, M.D and started frantically searching the internet with “bumps after botox” to find the cause. Was this a bacterial infection? Was botulism coursing through my veins? Was I going to die?!? At my funeral, would my children be weeping, asking why mommy wanted a smooth forehead instead of living to see them graduate from high school?!?

Nah, I was fine. What I had was something called a “hematoma,” which is simply is a collection of blood underneath the skin. Hematomas go away after a few days.

Another thing I had was minor aching across the forehead. Now, I wouldn’t call it a “headache” because it was more on top of the skin, not below the surface like normal headaches. It really didn’t bother me much, but I wanted to mention it. 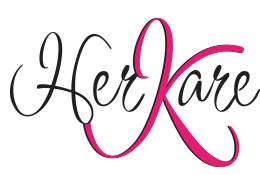 HerKare has five location in D/FW and three locations in Houston. Services include: