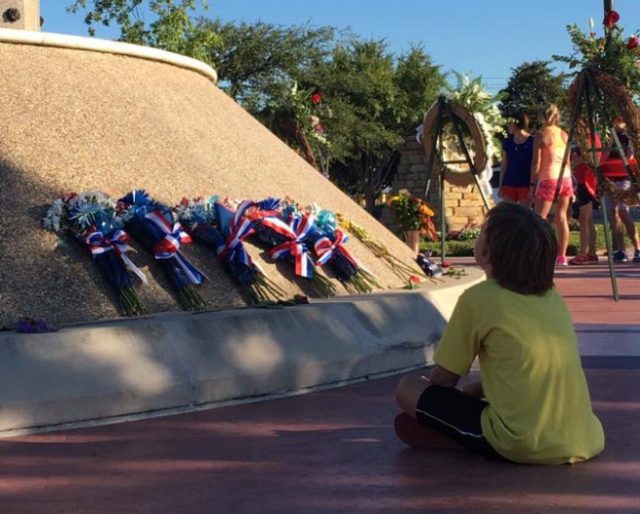 It was 16 years ago when our freedom was attacked on a seemingly ordinary Tuesday morning in New York City. Now, it’s a day none of us will ever forget.

Last year on this day, we took our boys to the 9/11 Flight Crew Memorial in Grapevine. My husband and I don’t have any personal connections to any of the 9/11 victims, but we wanted our boys to have a deeper understanding of this tragic day and take a moment to reflect upon the greatness of our country, the sacrifices of the first responders, and the commitment of our military men and women to fight terrorism ever since that horrific day. 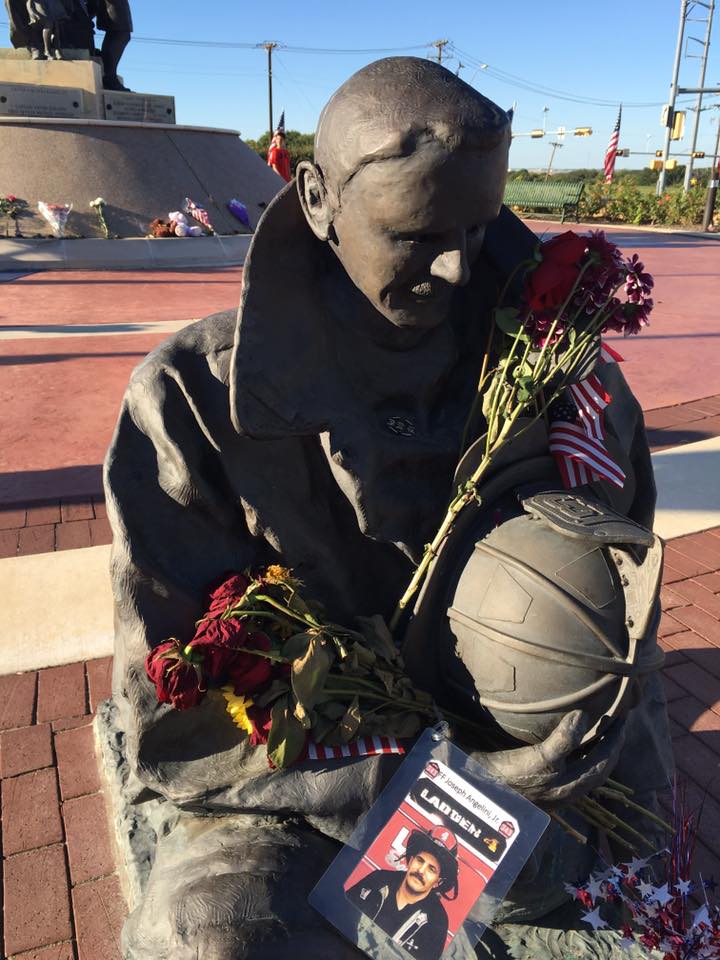 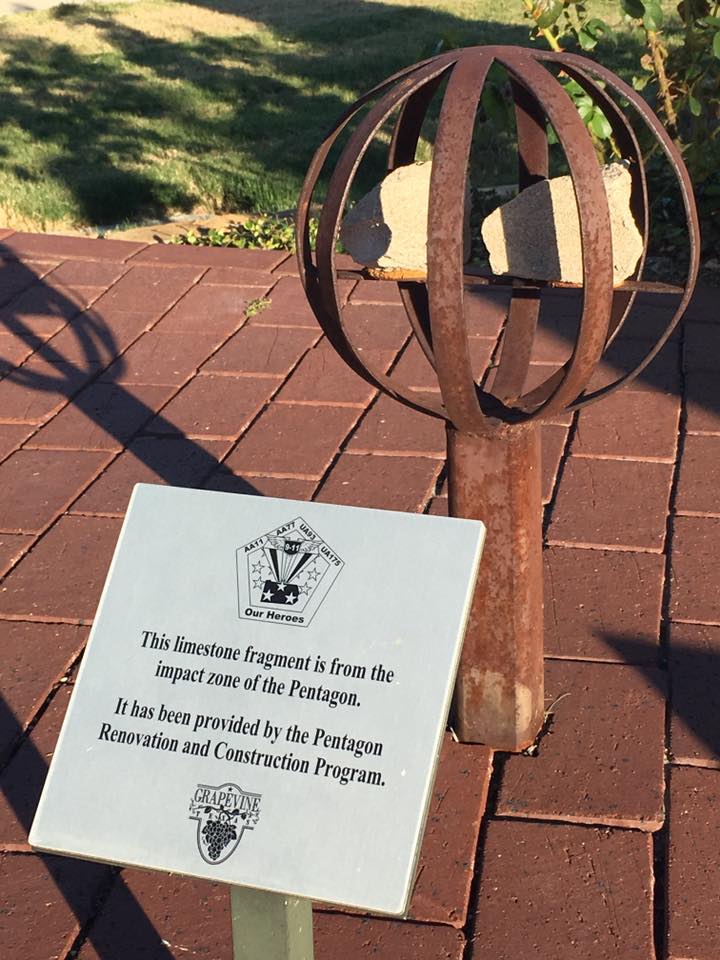 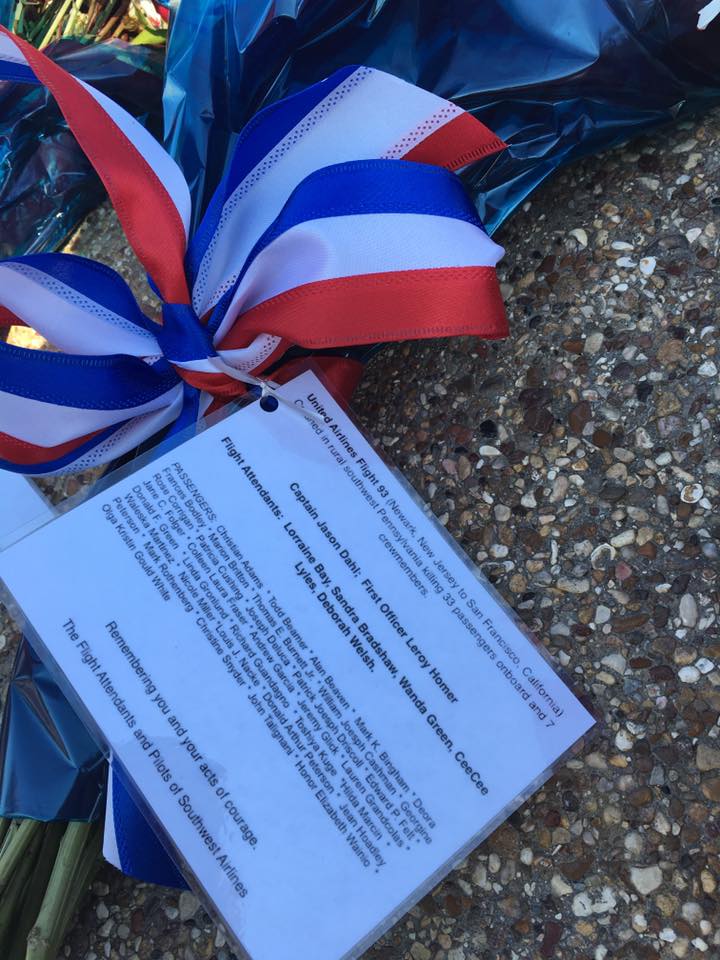 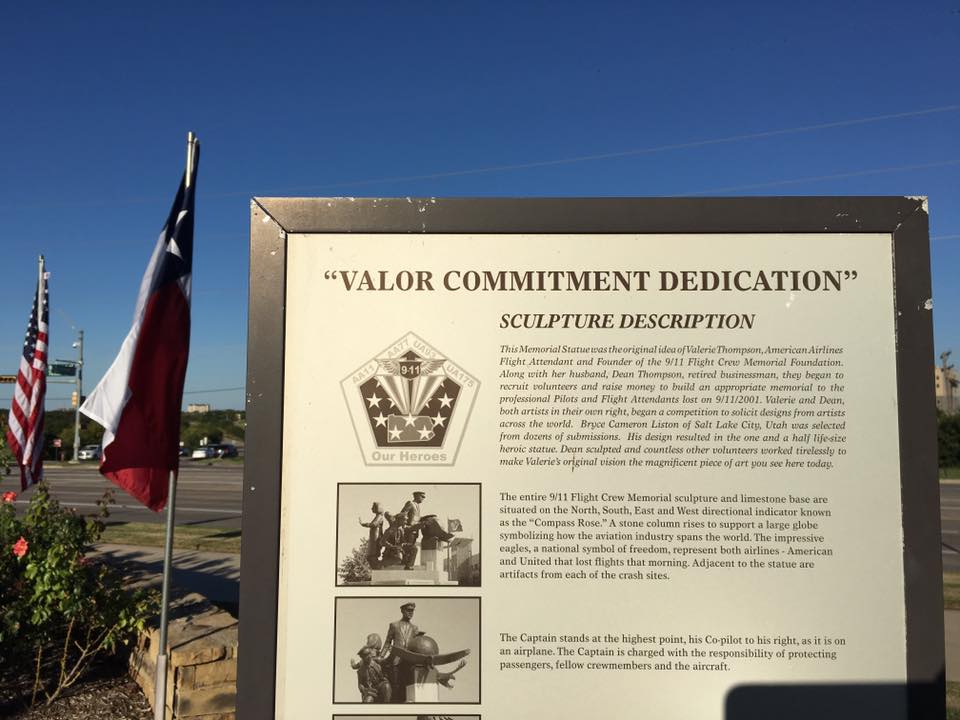 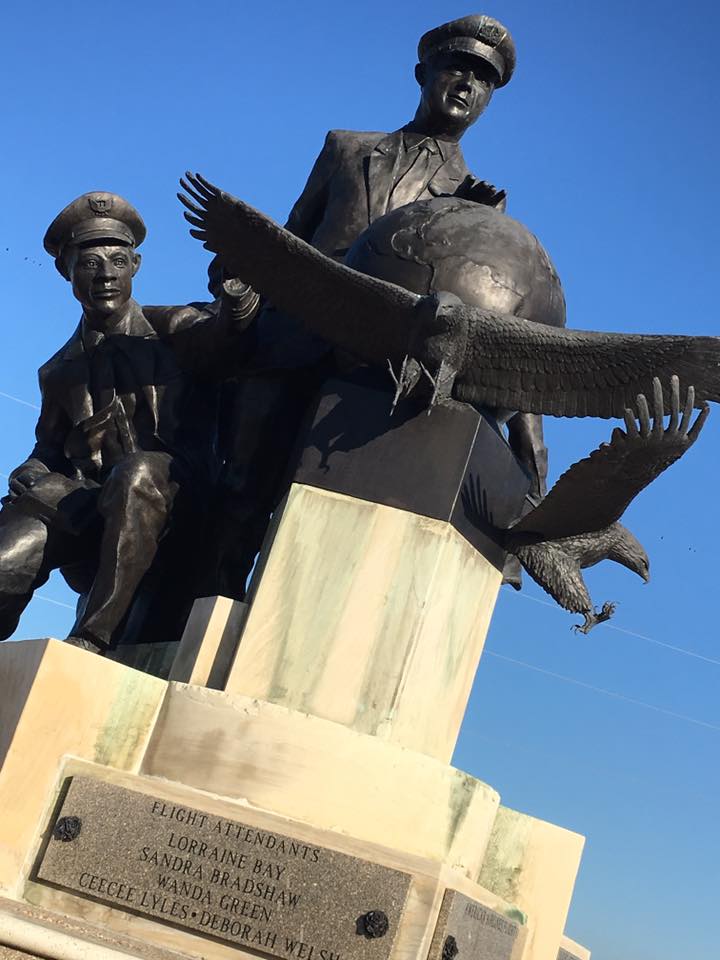 And as we’ve been consumed with Hurricane Harvey and Hurricane Irma coverage the last few weeks, I found something interesting.

On September 11th 2001, Hurricane Erin was churning away about 500 miles east-southeast of New York. What’s fascinating (and very eerie) are the satellite images capturing both the hurricane AND the huge smoke plume from the World Trade Center twin towers.

As my memory brings to mind the massive tower of smoke I saw on TV that represented pain, loss, death and hate, I think of the pillar of cloud, mentioned in the Bible, which led the once captive Israelites:

“By day the LORD went ahead of them in a pillar of cloud to guide them on their way…It never left its place in front of the people.” Exodus 13: 21-22

At times, there’s so much hurt and devastation in our world — from natural disasters, to evil people who want to kill us — we tend to lose our way. We think God has left us. We think we’re traveling this earth alone. We become hopeless.

But just as God gave the Israelites a cloud to follow, showing he is personal and ever present, today we have the cloud of God’s presence within us, rather than above us. 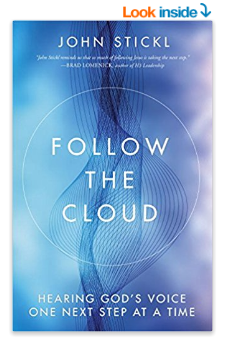 Our pastor recently shared an incredibly series called, “Follow The Cloud.” You can watch all the messages HERE. And the companion book is available on Amazon.

I pray you have hope in you life and you realize there is something far better available for you than what you’re following after or striving for on this earth.